By Godfridah Kasongo.
The Lusaka July 2021 Fashion Show Themed, “Heaven on earth.”
The 2021 edition of the Lusaka July hosted on the 4th of September 2021 by the PR media was held at Polo house located in Lusaka, Zambia. It is an annual event that blends fashion with equestrian sport of Polo and it displays high fashion style and pictures of celebrities from all over the country and international.

This year’s theme “Heaven on earth,” featured the miss universe 2019 model, Zozibini Tunzi as the celebrity guest . Celebrities from the southern region, such as Namibian rapper Lioness and media personality Luis Munana also attended the Lusaka July show. South African top designer Quiteria showcased his latest collection “Mashibe” which was inspired by his Mother. Top Zambian designers, Nkanda Yatu and Miss Lu presented as with never seen before collections on the Lusaka July runway. The talented Ahmed Zimba blessed the people with an awesome musical  performance. 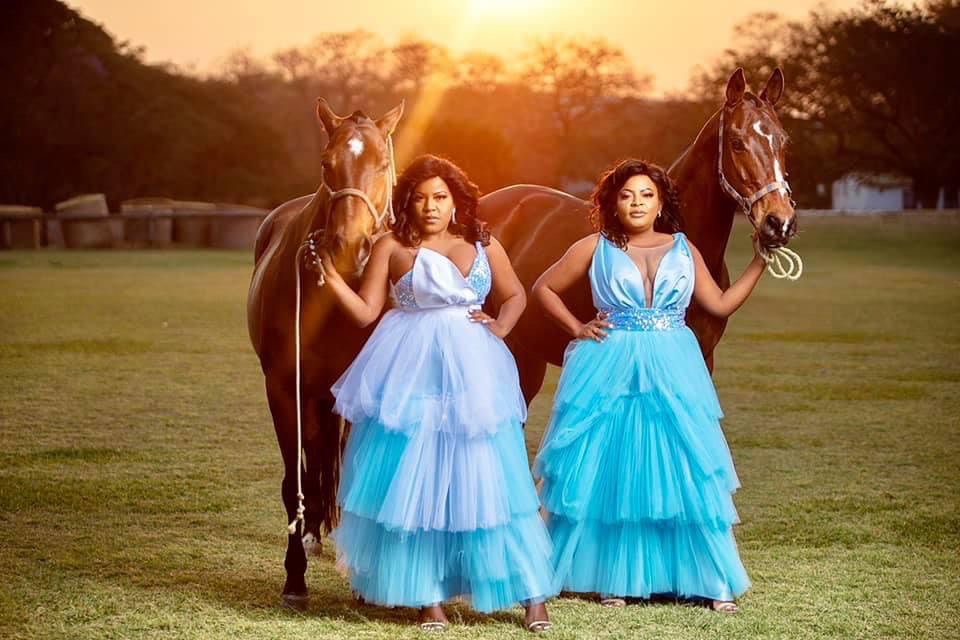 The Lusaka July was supported by a number of corporate partners with Coca -cola beverage taking the lead with the biggest marquee at the Lusaka July 2021. Many other brands such as the The Hilton Garden Inn, Zambian breweries Plc , the Quorum Zambia and many more participated at the fashion show .In as much as the show was sponsored by big brands, the decor was not properly done, for example, it was noticed that a letter fell off on the event’s name stuck on the bill board. Was such a mistake necessary for such a prestigious event? Did the organizers care about fixing it?

What were the guests wearing?

The fashion show is responsible for some of the wildest, most memorable celebrity moments of the year. This year’s theme, “ heaven on earth,” was highly anticipated for. Would attendees understand it?  Does anyone understand it?  But it yielded an entertaining impressive range of looks from Barbie drag to Cinderella cosplay, at the same time there was a wide range of looks that seemingly did not do justice to the theme. Several misunderstood the theme and several just ignored it. Here are the fashion displays at the event

There’s one figure known to steal the show, Mampi Queen Diva, lord knows she embraced that mantle full Cinderella cosplay .Her gown lit up, her stylist acted as the fairy godmother, but the question is, was the outfit not off the theme? Had it been aquas, baby blue or white it would have made more sense. The dress was elegant nice but I feel it was off the theme... 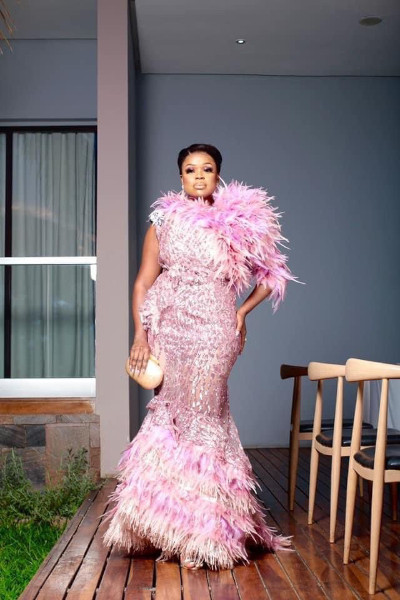 The popular girl Precious showed up in a light-up wing dress, which was both on-theme and a blatant fire hazard. Her headpiece was designed by Afrinnique , wings were designed by Susan. She understood how majestic the theme was, the uniqueness of her costume was the show of the day! 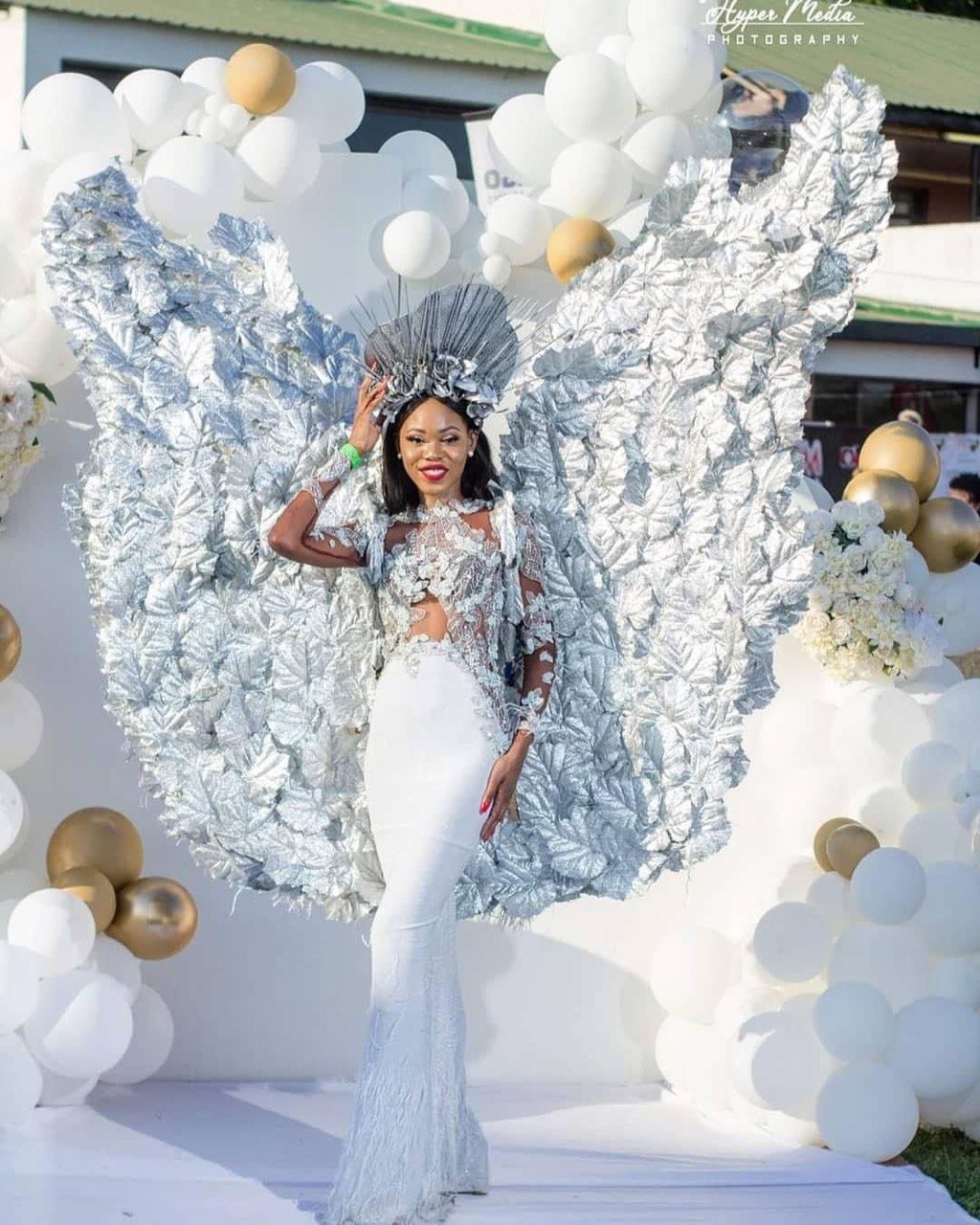 Peter Mwansa commonly known as “Peter my life” showed up at the 2021 Lusaka July fashion show with high fashion and looked good while doing it. He showed up in all white unique outfit  designed by houseof -pml .He levels up his looks every year but maybe he should have worn a different pair of shoes. 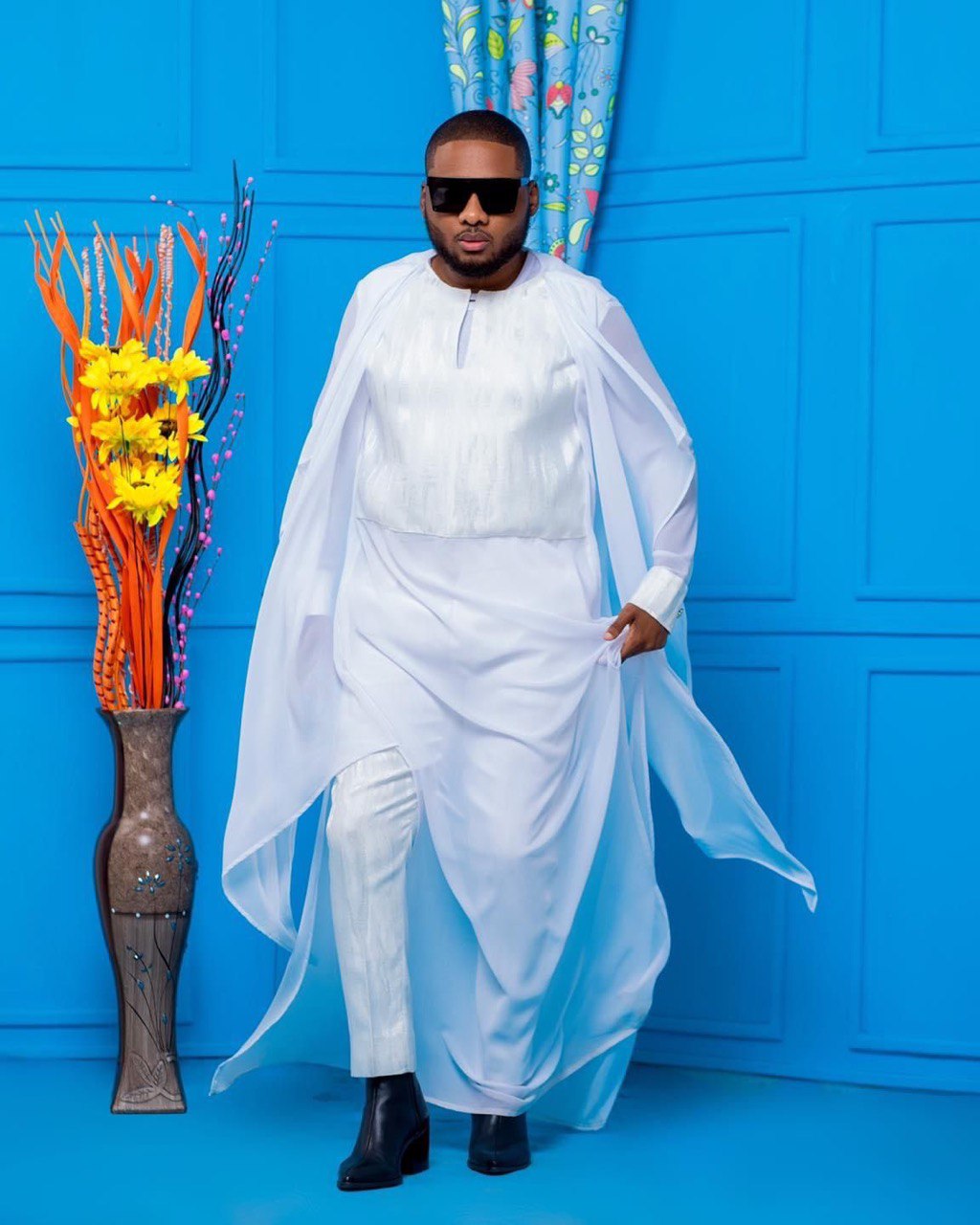 Franciar so beautiful and elegant in that white Cinderella dress, though I would have loved a different hairstyle. Miss universe, Zozibina tunzi slayed in a leopard print outfit, Zozi wore that outfit with high class fashion, definitely. Was the outfit for this specific event?  Did she dress according to the theme? 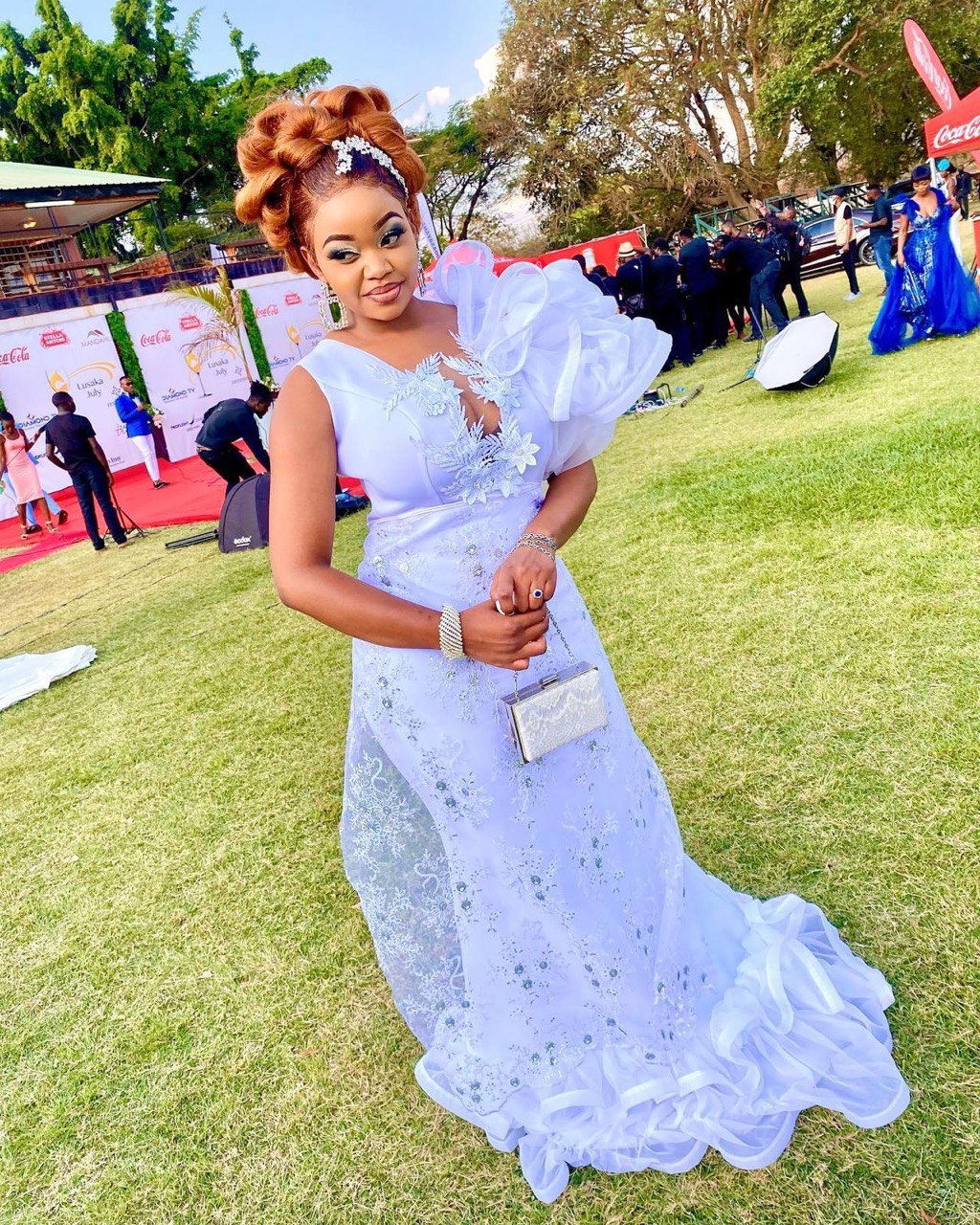 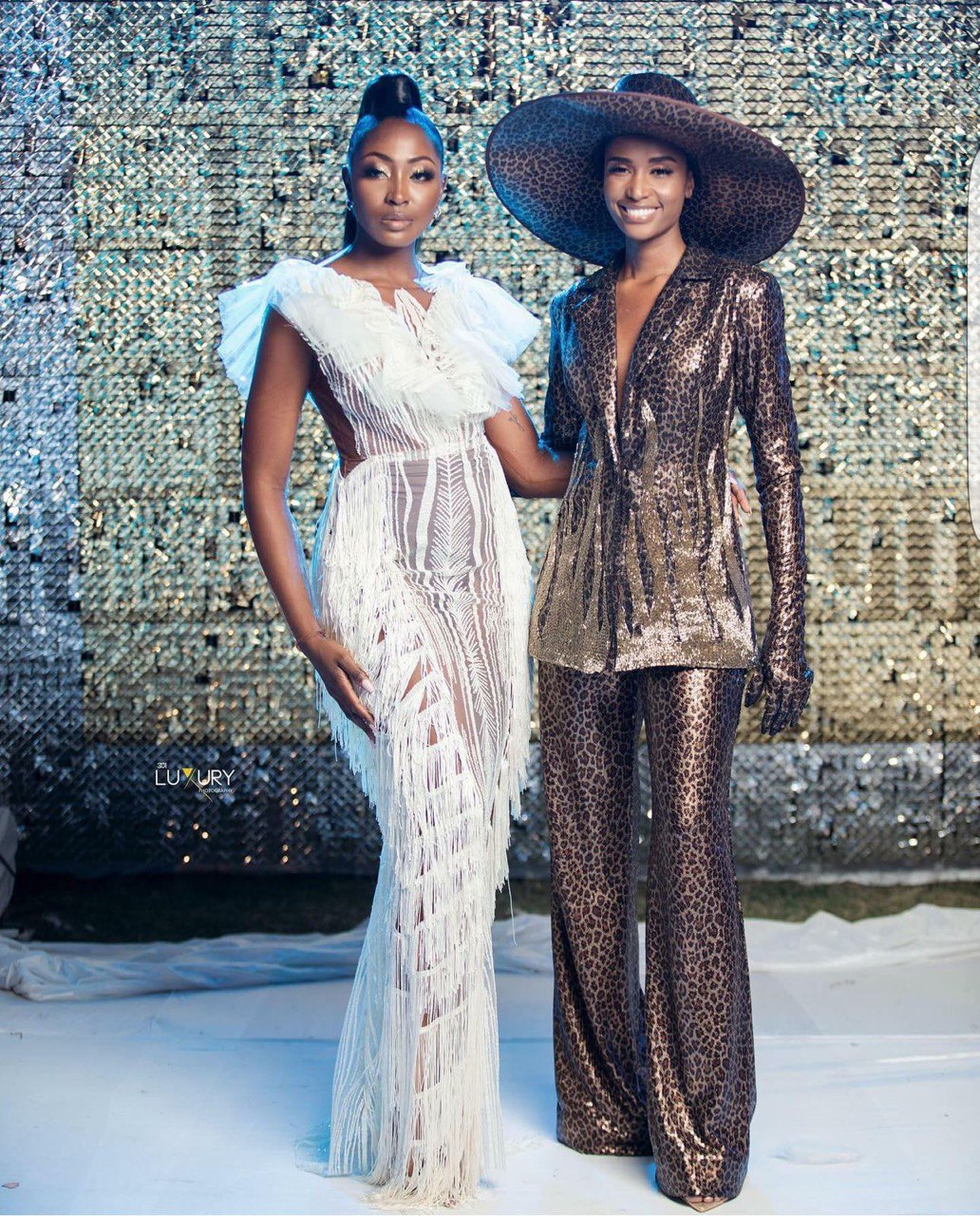 Macky 2 the dopest and freshest name in the game,(as he calls himself) showed up in all white casual outfit, designed by a Namibian, who goes by the name of Luis Munana ZURIEL . 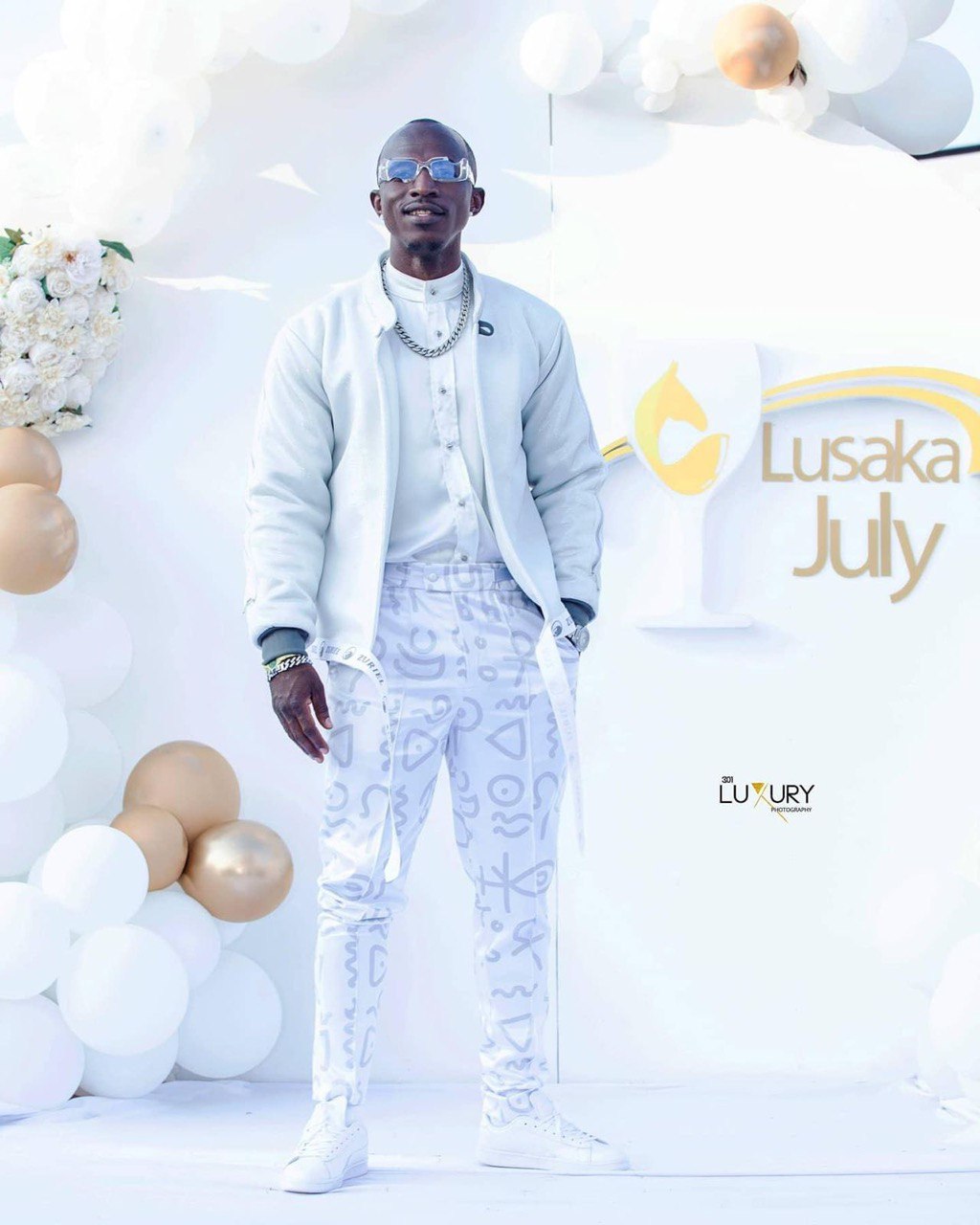 Bombshell grenade dressed by bougee collection showed up looking like a majestic Queen, the costume creation adhered perfectly to the theme, it was all about glamour and elegance with complementary jewellery, it was a combination of class and sophistication. 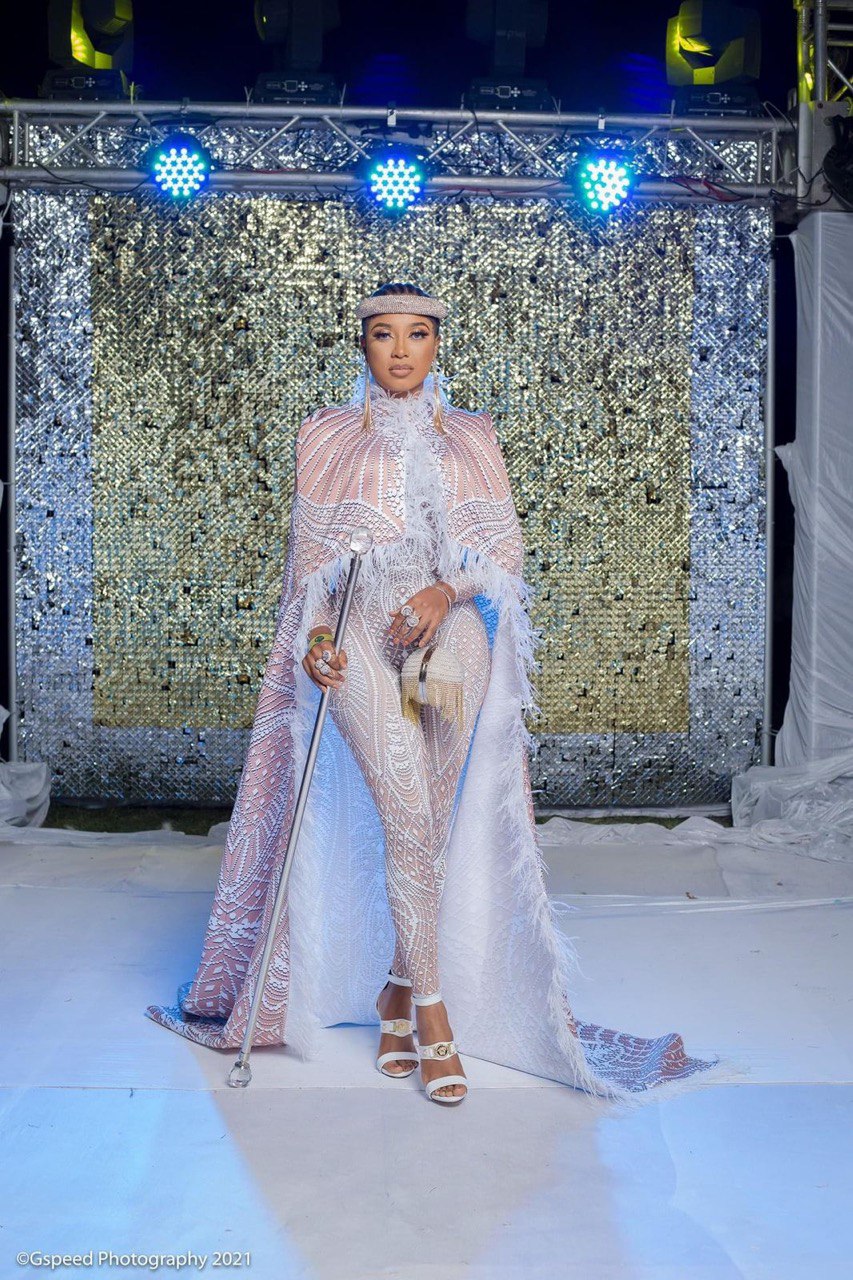 Over the years, stars like Bobby East have made their Lusaka July debut in some pretty epic outfits, while others — like  Kay Figo, Mutale Mwanza and many more — have attended year after year and levelled up their looks each time. Either way, it’s safe to say, These stars did not deliver according to what we all expected .Slapdee and Chella Tukuta, respectively, both showed up in basic white suits Guys, we gotta do better. 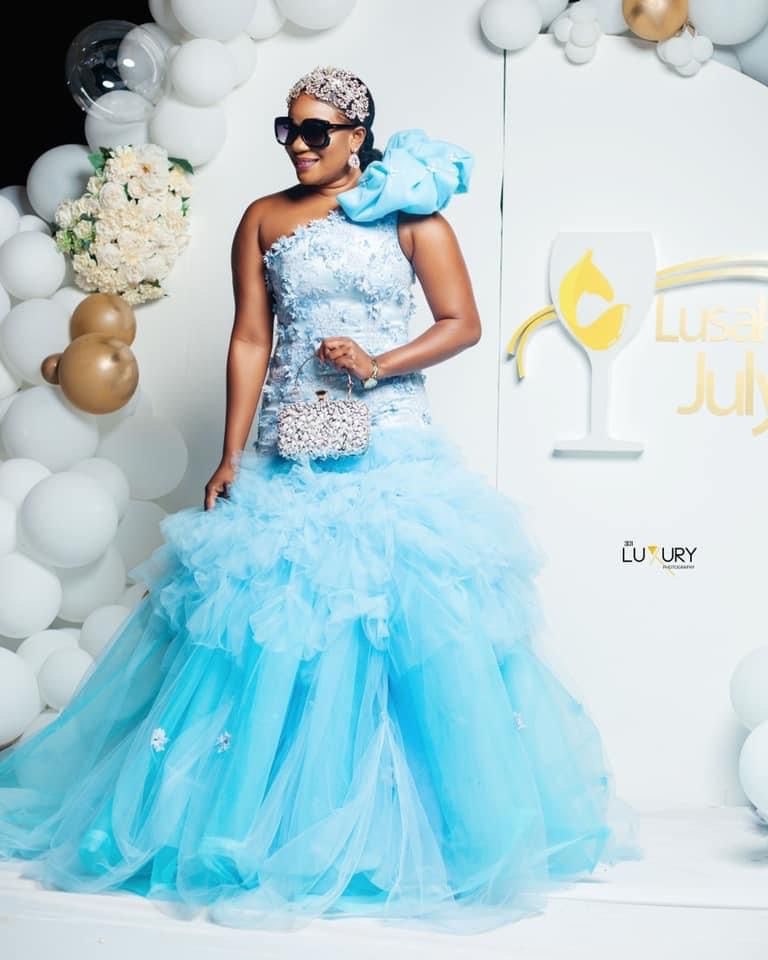